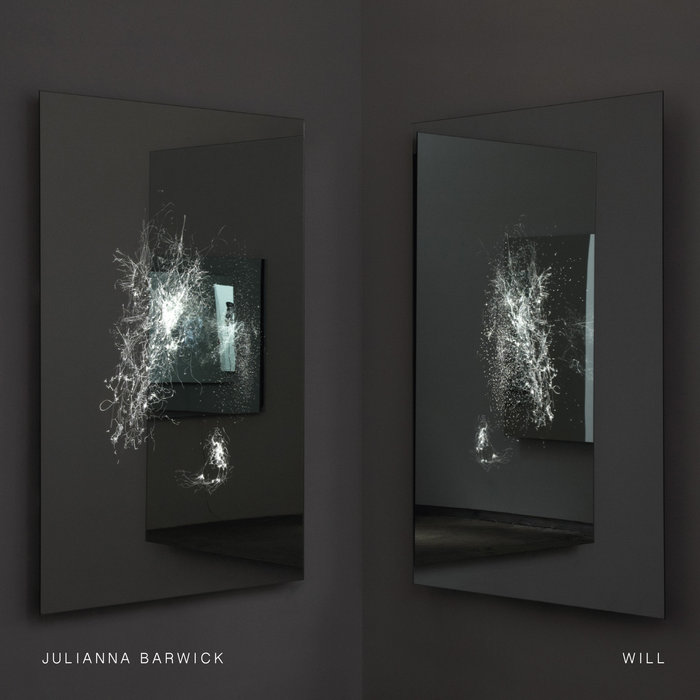 A. Rogers Much more of an electronic (read 'Synthesizer') feel than 'Nepenthe', and a more aggressive tone to go with it. Driving and focused, this album as a whole is intense if you pay the least bit of attention. Favorite track: Nebula.

William Doyle An extremely beautiful album that has provided much healing.

Michael Keerdo-Dawson Julianna Barwick can never be accused of stagnating. Her unique music is always searching for the next destination; though the essence of what makes her stand apart from every other musician remains, the fact that you can listen to any random track from her previous albums and know which album is belonged to is her enduring strength. This darker, somewhat celestial work, is the latest, marvellous stop in her evolution. Favorite track: Nebula.

$ALMØNBØ¥ 堺鮭 "See, Know" I would buy this on vinyl just for that track

Julianna Barwick’s revelatory third full-length, 'Will', is a surprising left turn for the Brooklyn experimental artist. Conceived and self-produced over the past year in a variety of locations, the ominous, compelling 'Will' is a departure from 2013’s Alex Somers-produced 'Nepenthe'. If that last record conjured images of gentle, thick fog rolling over desolate mountains, then the self-produced 'Will' is a late afternoon thunderstorm, a cathartic collision of sharp and soft textures that sounds looming and restorative all at once.

'Will' comes off of Barwick’s busiest period in her career to date following the release of 'Nepenthe'—a spate of activity that included playing piano for Yoko Ono, performing at Carnegie Hall at the annual Tibet House concert with the Flaming Lips and Philip Glass, the 'Rosabi EP' and beer created in conjunction with brewing company Dogfish Head, and a re-imagining of Bach's “Adagio” from Concerto In D Minor.

Barwick’s life over the past several years has largely been lived in transit, and as such the genesis of 'Will' was not beholden to location; Barwick worked on the album in a variety of locales, from a desolate house in upstate New York to the Moog Factory in Asheville, North Carolina, to Lisbon, Portugal, the first European city to embrace Julianna’s music in 2007.

“I love touring, but it can be a wild ride,” Barwick reflects on this cycle of constant motion. “You’re constantly adjusting, assimilating, and finding yourself in life-changing situations.” Those experiences played into and helped shape Will’s charged, unstable atmosphere: “I knew I’d be playing these songs live, so I wanted some movement,” she explains. “Something that had rhythm and low-end.”

That sense of forward propulsion is largely owed to 'Will’s synth-heavy textures, an ingredient she was inspired to add to her vocal loop-heavy formula after demoing a new prototype analog sequencer for Moog during last year’s FORM Festival in Arcosanti, Arizona.

The electric current that runs through 'Will' takes on various shapes of intoxicating instability: the orbiting chain of tones that wafts through “Nebula”, the frizzy sine waves lying under the firmament of “Same”, the haunting vocal echoes on opener “St. Apolonia” that were recorded late at night at a Lisbon train underpass, and the martial arpeggios that accompany 'Will’s processional closer “See, Know”.

'Will' is largely a product of ups and downs, a reflection of a life lived somewhere in between transience and standing still. “While making this record, there were moments of isolation and dark currents,” Barwick admits. “I like exploring that, and I love when I come across songs that sound scary or ominous. I’ve always been curious about what goes into making a song that way.” The beguiling, beautifully complicated 'Will' is the result of that curiosity, as well as the latest proof yet of Barwick’s irresistibly engaging talent as a composer and vocalist.

Julianna Barwick is a composer, vocalist and producer whose music has been featured in publications including The New York Times, NPR, Pitchfork (Best New Music), Loud & Quiet and The Guardian. The new album, ‘Healing Is A Miracle’ features collaborations with Jónsi (Sigur Rós), Mary Lattimore and Nosaj Thing. She has performed with artists including Yoko Ono, The Flaming Lips and Phillip Glass. ... more

Bandcamp Daily  your guide to the world of Bandcamp

outré black metal, with a Victory Over the Sun interview and music from Liturgy and Jute Gyte.